Our Latest Mural – The Aviator

The artist, Akos Juhasz, documents his artwork production using time lapse photography. This allows the entire process of mural production to be viewed in just over 6 minutes. Watch this stunning time lapse video of Akos painting the Aviator Mural and note the incredible talent required to produce such a large and magnificent mural such as this while painting with a brush on a 3m pole. Incredible!

FLYING HIGH: New mural immortalises local aviator.IT'S the next art feature that will take Maryborough (Queensland, Australia) sky high, and bring the Mural Project one step closer to reaching 20 artworks across town.Work on the Maryborough Mural Project's next feature, the Aviator Mural, is underway on Adelaide St, with the group hiring renowned artist Akos Juhasz to capture the life of local aviator Samuel William Hecker.Mural project co-founder Elizabeth Lowrie said the new artwork commemorated the achievements of the former Maryborough man, who was one of the founding members of the heritage city's Aero Club."The mural depicts the lifelong interest he held in flying… he was a very active person in Maryborough," Ms Lowrie said."This mural is particularly special because it's painted in Sepia, so it's presented as an old-world film like in the 1940s."It's quite different from the other artworks."Mr Hecker's 1928 Gipsy Moth made history as the first aircraft to fly under the Sydney Harbour Bridge.He also ran the family-owned General Motors Holden Dealership for 50 years in town.Ms Lowrie said the new art feature brings the project's total count up to about 12 – just eight short of the targeted 20 murals for the heritage city.https://www.akosartist.comhttps://www.instagram.com/yuhasakoshhttps://www.facebook.com/akosattilajuhaszhttps://www.youtube.com/watch?v=2VoT823HVVQhttps://www.akosartist.com/bloghttps://www.instagram.com/oscarakoschka

Akos has certainly been busy and the mural is starting to emerge. 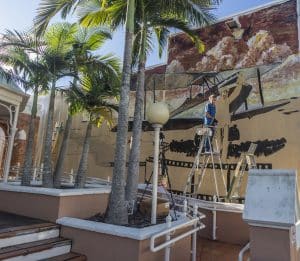 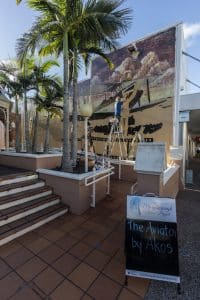 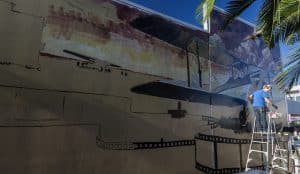 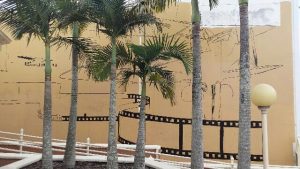 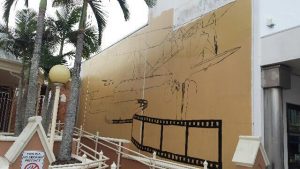 We are pleased to let you all know The Aviator Mural has now commenced. This mural is sponsored by the daughter of the late Mr Samuel William Hecker who was a keen Aviator and owned the Holden dealership in Maryborough for fifty years. The mural is being painted in sepia, by newcomer to Hervey Bay Akos Juhasz a very experienced artist and expert in portrait painting. He was also Senior Lecturer at Budapest University. You will see him painting on the Dimmys wall facing the church.