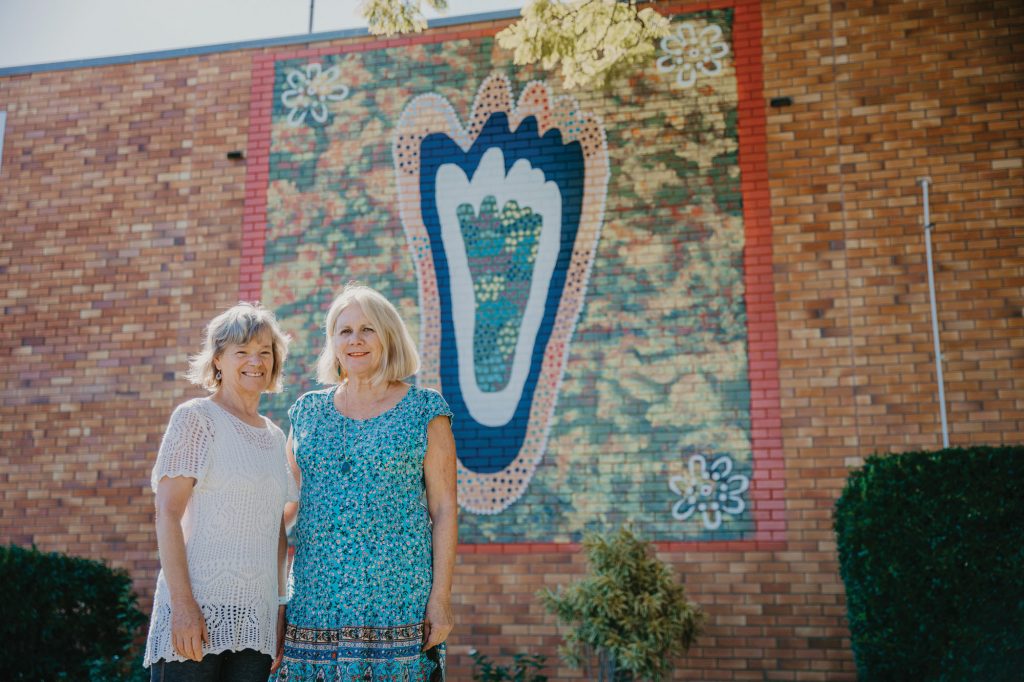 Maryborough’s walls tell the stories of the Heritage City – its people, history and pride.

Dozens of murals decorate the CBD and create a trail that informs, entertains and shares a little bit of the magic that Maryborough is best known for.

Elizabeth Lowrie and Deb Hannam came up with the idea of decorating the CBD with murals while walking through Maryborough together.

Deb said the initial idea was to help rejuvenate the area and give locals something they could be proud of.

They wanted to create a community project that would invigorate the CBD and attract residents and visitors. The knock-on effect of the increased foot traffic would be a financial boost for the local economy.

Their vision saw people spending time in the CBD viewing the murals and meandering through the local shops, cafés and restaurants – stopping for lunch before restarting their walk.

What is different in this story is that the idea would not just come to life when Liz and Deb walked together. It became a reality.

“We have reached a critical mass that can be used to attract people to Maryborough,” explained Liz.
She said they were now looking to increase the publicity around the Maryborough Mural Trail by encouraging people to get out there and walk it, but then talk it up afterwards.

“We’re going to start going a bit slower on new murals and really push getting people to talk about them,” said Liz.

Students from the University of the Sunshine Coast are helping develop a marketing plan for the project to increase exposure.

And the co-founders’ efforts are starting to pay off.

The trail received national recognition earlier this year when it won silver at the 2020 Australian Street Art Awards.

“We never set out to achieve awards, being announced as a finalist was a real surprise because we were not the ones who nominated the trail,” said Deb.

Liz described the trail as being a real community project.

Around 90 businesses have supported the trail over the years and several councillors have helped sponsor some murals with their discretionary funds.

Businesses have come on board by either allowing us to paint a mural on their walls, by providing artists with lunches, accommodation or sponsoring scaffolding and other supplies.

But the trail is not just a Maryborough history lesson.

People who walk the trail will also learn about the city’s people and quirky anecdotes about the region.

The murals are all linked back to Maryborough in some way. Whether it is by telling the story of a local resident, event or by sharing some of the magic of PL Travers and Mary Poppins.

You can find more details on the Maryborough Mural Trail online at https://maryboroughmuralproject.org. 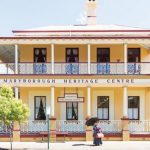 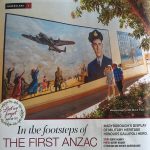 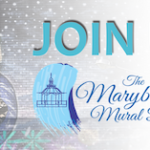 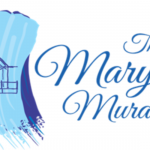 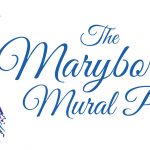