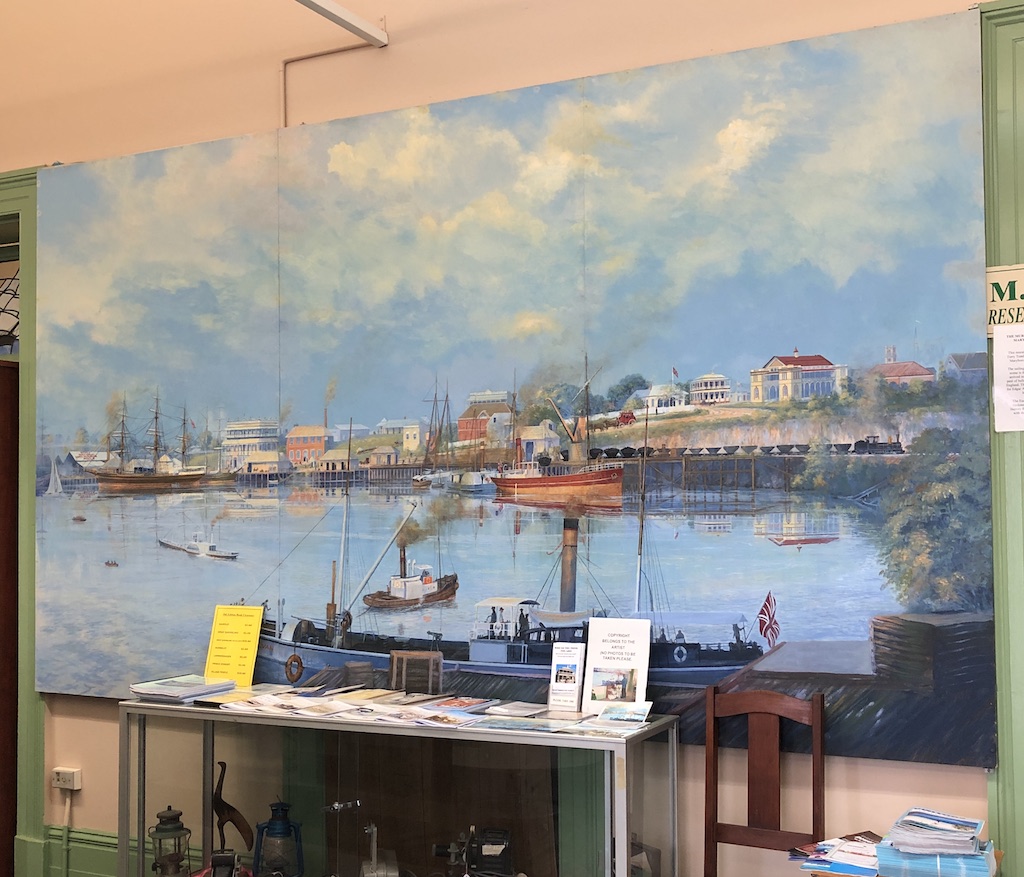 The Story Behind This Artwork

This mural depicts Wharf Street as it was in 1888 during Maryborough’s boom period as a migrant port of entry. The great sailing ship, Eastminster, had arrived on 29 January carrying the bells for St Paul’s Church of England bell tower paid for by Edgar Aldridge as a memorial to his wife, Maria.

The three-masted, iron ship (background left, at Walker’s Wharf) made numerous trips to Australia and New Zealand carrying immigrants but on her return passage to Newcastle she was lost with all hands sometime after leaving Woody Island on 17 February 1888.

The ship founded after being caught in a cyclone off Yeppoon on the Central Queensland coast. The Captain, Daniel Rowland Rees, is said to have ignored bad weather warnings.